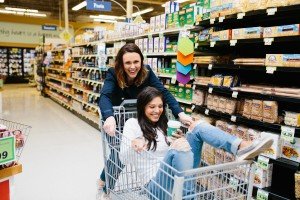 Raquel and I have been best friends since our freshman year of college; we have been through a lot together!  However, for those of you who do not personally know us, I thought it was important to share a story that hilariously summarizes our friendship. The truth of the matter is, when the two of us get together, (more than likely) some sort hilarity/craziness will ensue. Being idiots around each other is kind of our thing.

Raquel and I met for coffee the other day, and with tears of laughter streaming down our faces, we re-lived one of our favorite stories. Raquel begged me to share it on our blog; and it is too funny not to, so I apologize in advance for the off-color blog post.

Five in a half years ago; Raquel was living downtown Chicago; she had taken a new role at work, living in a small studio apartment right in the heart of the city.  She and Jon had been dating for a year, and this was the perfect time for her to grow both personally and professionally, before they married. I missed her like crazy; I tried to visit when I could, but had just had Avery, and my life was complete chaos.

When Avery was 10 weeks old, I felt like I had this “mom-thing” down enough to see Raq for a weekend visit. Jon, Brent, Avery and I set off to see our girl!!!

All five of us crammed into Raq’s TINY studio apartment with a baby who did not like to sleep through the night Raquel and Jon were such good sports about it, helping out with the feedings so we could get some sleep. It was the dead of winter, and it was a production for us to actually get out of that apartment. I had all of these special stroller attachments that basically turned my stroller into a rolling igloo. I was crashing into people left and right. We shopped, explored, ate…drank too much wine, laughed, talked and enjoyed every minute of each other’s company.  It was my first time out of the house for an extended period since Avery was born, and I was so happy to be with friends as patient and kind as Jon and Raquel. 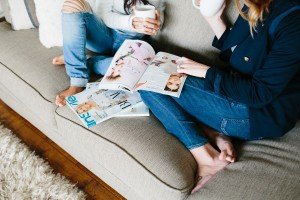 On Sunday (our last day) we decided to pay a visit to Shedd’s Aquarium. It had been years since any of us had visited, and it was the perfect place to end a great long weekend.

When you walk into Shedd’s you are greeted by this massive salt water tank, which houses hundreds of beautiful fish and sea creatures. The four of us stood there, staring at all of the incredible sea life. Raquel and I were chatting, both had our eyes fixated on the glass, and I was methodically pushing the stroller back and forth to ensure baby Avery stayed asleep.

It was then that I saw it, a massive sea turtle! It was beautiful!!!!

I prompted her again, getting my mouth just inches away from her hair “Raq, look at that damn turtles butthole, no seriously look at that BUTTHOLE!!!”

All of a sudden I felt someone grab my arm pulling me away; I looked to see Brent. I could tell by the look on his face he was annoyed.

“What in the hell are you doing?” He asked.

I looked sheepishly at the ground; “Um, I was telling Raquel to look at the turtle’s butthole.” For some reason telling Raquel about the butthole had seemed so right, but repeating it back to Brent, I felt dumb and childish… he really did not understand “our” humor.

Brent looked really annoyed, he sighed, “Lyndsey you know that was not Raquel right?”

“Lyndsey seriously look, you were just screaming in that ladies ear to look at a turtle’s butthole, you need to grow up, you are a Mom now!”

It was like slow motion horror when I saw Raquel walk around the corner, coming back from the restroom (oblivious to the fact I had been shouting about a turtle’s butthole into a STRANGERS ear). Then I turned my head back towards the tank, towards where I had been standing. I saw a small Asian lady standing exactly where Raquel had once stood.

Oh my GOSH!!!!! I had been whispering/talking right into this woman’s ear; telling her to look at a turtle’s butthole. No wonder she never said anything back to me, she thought I was crazy.

I was so hypnotized by watching this turtle, that I never heard Raquel say she was going to the restroom, and I never noticed when a small Asian woman took her place standing right beside me at the tank.

Raquel was now fast approaching and she could see the concern on my face.

I looked her dead in the eye and said “We have to get out of here, I am about to end up on some animal creeper list”.  I think smoke came out from underneath the stroller I ran out of the room so fast!!!!

Once we made it to the next room, Brent shared what had gone down, and we all laughed until we cried. Let’s just say the three of them will never let me live this one down!! Even as I write this blog, (laughing of course), I am so grateful to have such good friends to share an incredible amount of memories with! Raquel and I are complete goof balls, I could fill books with all of our hilarious adventures! I am thankful every day for the laughter and joy our friendship has brought me. 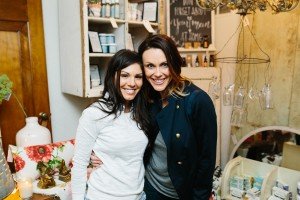 « The Powerhouse Ingredient That Will Change Your Skin…
Why Vitamin C is Your Skin’s Best Friend.. »

FIND US LOCALLY AT: